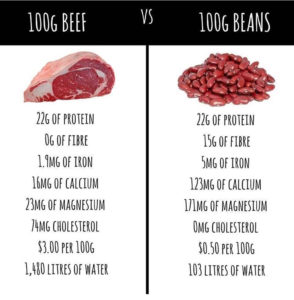 2) Substances that could be broken down to form uric acid and potentially increase our risk of gout.

Gout is a form of arthritis (sometimes called gouty arthritis) that can be extremely painful and results from excessive build-up of uric acid in our body, leading to formation of uric acid crystals that get can deposited in the joints.

Purines have their own special receptor system on our cells that allow them to connect up with the cell membranes and have far-reaching effects. In the cardiovascular system, these effects include many aspects of heart function including blood flow and oxygen delivery. In the digestive system, there are impacts on fluid secretion and the movement of food as it undergoes the process of digestion.

Given what scientists now recognize as the widespread importance of purines in our health, it is not surprising to learn that purines are naturally present in all foods. You’ll find at least 10-15 mg of purines in 1/2 cup of virtually all foods.  This amount of purines would be considered a small amount even if a person had been asked to follow a purine-restricted diet by their healthcare provider.

The range of purines found in food can also vary widely. While most foods contain 10-15 mg of purines in a ½-cup serving, some foods can contain 500-1,000 mg or more in this same serving size. For the most part, these much higher purine foods involve the organ meats of animals—including liver, spleen, and heart.  In general, animal foods, seafood, poultry contain moderate levels of purines in the 100-400 mg in a 1/2 cup (4oz serving)

Meat extracts, yeast extracts, and yeast itself belong in a special group when measuring food purines. Each of these food-related substances would be classified as high in purines.

A higher intake of vitamin C can lower risk of gout. Some top foods for vitamin C are vegetables bell peppers, broccoli, and brussels sprouts.

Fact finding: greater intake of plant versus animal meat proteins may be associated with a decreased risk of gout.